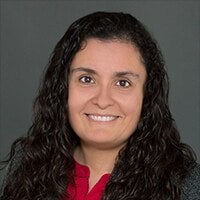 Caterina (Cathy) Kretz joined the Green | Evans-Schroeder team in May, 2018. Cathy is an immigrant herself since she was born in Caracas Venezuela and was raised in New York City. Both of Caterina's parents were immigrants. Her mother immigrated from Columbia to the United States in her late twenties while her father and his family immigrated from Italy to the United States when he was two years old. Both of Caterina's parents obtained their citizenship before Caterina was born. Growing up with two immigrant parents has given Caterina a very unique perspective on what you and your family may be going through in your immigration journey. This is a perspective that many immigration attorneys do not possess. While growing up, Caterina would actually help translate for her parents from Spanish to English until her father mastered Spanish. Caterina's grandparents on her father's side also received their United States citizenship. Caterina's husband is no stranger to immigrants either, his grandfather on his father's side immigrated from the Alsace-Lorraine area at the turn of the 20th century and his grandmother immigrated from Austria around the same time and they both became United States citizens.

Caterina was drawn to the practice of law through a family attorney. Since Caterina was born outside of the United States she had to obtain her citizenship. The attorney that helped Caterina gain her citizenship became a close friend of the family. Caterina always looked up to her and it became apparent she would pursue a career that would help immigrants.

Caterina was a staff attorney for the Albuquerque Border City project from 1996 to 1997. This organization fought for the rights of low income or disadvantaged immigrants. While there she did extensive work with survivors of domestic violence pursuing cases under the Violence Against Women act (VAWA). In 1997 Caterina opened her own law practice "Kretz Law Firm" to help immigrants with their immigration needs.
In 2014 she became a staff attorney with a law firm and within 2 years became the managing attorney. Recently Caterina had a change in her career. She is now the Director of the Family Based and Humanitarian Immigration department at the Law Office of Matthew H. Green.

Some awards that Caterina has received over the years are:

Caterina's main focus has been in family based immigration law and she enjoys helping families stay together. Many of her colleagues, judges and clients have used words like aggressive, tenacious, honest and hard working to describe her personality and work ethics. Caterina always has her client's best interest at heart and will do everything possible to fight for the rights of her clients.

Cathy has made a big impact in a relatively short period of time.  Her many victories for our firms' clients are shared on our website's success stories page.  Cathy looks forward to helping many more clients with their green card, citizenship, and visa cases in the year to come.

Managing Attorney. Green | Evans-Schroeder (formerly Law Offices of Matthew H. Green) focuses on the aggressive defense of immigrants. A native of Arizona, Mr. Green understands the difficulties that immigrants and families of immigrants face when a loved one is charged with a crime. He knows how frightening it can be for some...