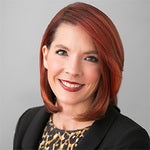 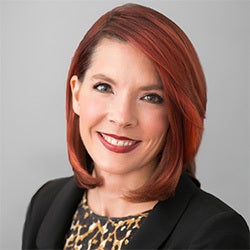 Jesse Evans-Schroeder is an experienced attorney committed to defending the rights of immigrants.

After law school, Ms. Evans-Schroeder began to work at the Law Offices of Matthew H. Green where she has continued her immigration practice.  Ms. Evans-Schroeder has a particular expertise in deportation defense.  She represents both detained and non-detained individuals in removal proceedings throughout Arizona, and deals with the intersection of criminal and immigration law on a daily basis. She is an experienced asylum attorney, and an advocate for those victims of domestic violence and other serious crimes who are eligible for certain immigration benefits.   Ms. Evans-Schroeder also has a range of experience practicing at the Board of Immigration Appeals, the U.S. Court of Appeals for the Ninth Circuit in San Francisco, California, and the U.S. District Court for the District of Arizona. She has successfully sued the U.S. government in a variety of immigration matters, on behalf of her clients.

A long history as an advocate for women, children, and families led Ms. Evans-Schroeder to the practice of law, and to the practice of immigration in particular.  She treats her clients with dignity and respect while providing strong advocacy as they face the challenges of the U.S. immigration system.  Ms. Evans-Schroeder has participated in and helped coordinate a number of public service events related to immigration law, including workshops and fairs for Naturalization and Deferred Action for Childhood Arrivals (DACA).  She also has considerable experience in U Visa and Violence Against Women Act (VAWA) advocacy.