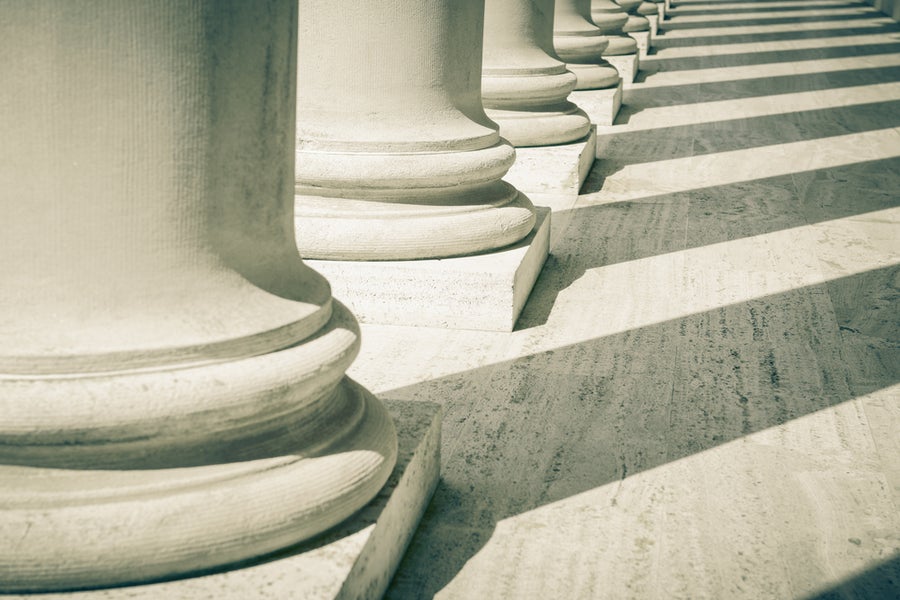 There are different reasons why you or a loved one may find yourself in front of a judge in Immigration Court (also called the Executive Office for Immigration Review).  But whatever the reason, it is important to have an experienced immigration attorney to help you through the process. The professionals at Green | Evans-Schroeder are located in Tucson and are ready to assist you with your immigration or criminal defense needs.

Generally, there are three basic stages related to immigration court and its proceedings.

Each stage has a different focus, but all three are essential for an organized and fair justice system.

In order to begin the process, you will be served with a Notice to Appear (NTA). An NTA is a type of charging document that is deemed to be a formal allegation that the alien is presently in or has entered into the U.S. unlawfully.

This document is important and necessary to alert an immigrant to the fact that he is scheduled for removal proceedings with the immigration court. It also will specifically state the reasons as to why U.S. immigration authorities believe that the individual is in the country illegally.

It is important that the individual takes note of the relevant dates and time frames associated with his legal matters. If an individual makes a mistake, or otherwise fails to submit documentation by the required time, he will most likely forfeit any potential relief and will likely receive a final order of deportation.

The initial hearing, also referred to as the Master Calendar Hearing, is the time at which you may address any introductory issues in your case. This may include something as fundamental as requesting a change in venue. While simple issues are discussed at the initial hearing, more serious concerns about the allegations can be discussed and challenged at that time as well.

This initial master calendar hearing is generally quite short. Within the short time allotted, the immigration judge will hear and generally rule on all issues raised at this hearing. In the judge's discretion, a continuance may be granted if one or more issues are unable to be resolved at the first court hearing. Due to the high volume of immigration cases, a continuance may result in the next court date being scheduled months later.

If no continuance is needed, the judge will likely find that your case may be advanced to the next stage of the process. The individual hearing is the time for the court to consider your specific claim for relief (such as Cancellation of Removal, Adjustment of Status, or Asylum). The Individual Hearing is similar to the final trial that is scheduled in criminal and civil cases.

After considering the facts of your case, and the law that applies, the immigration judge will decide whether to grant your application for relief from deportation, and whether you will be allowed to remain in the U.S.  Again, because of the high number of immigration cases, your individual hearing may be scheduled many months from the time of your master calendar hearing.

While master calendar hearings are generally concluded within 30 minutes, individual hearings usually last several hours.  During this time, the court will hear all relevant testimony from both the immigrant.  The immigrant's lawyer, and the government lawyer (often referred to as the ICE “trial attorney”), will conduct examinations of the immigrant and other witnesses.  The court will also allow both sides to give final arguments, a very important part of the case.

At the end of the individual hearing, the judge will render his decision.  If the judge finds in favor of the immigrant, he will be able to remain in the United States, often times as a permanent resident with a green card.  However, whether the person in removal proceedings wins or loses, there is always a possibility that there could be an appeal of the case to the Board of Immigration Appeals (BIA), and even on to a U.S. Circuit Court of Appeals.

Depending on the outcome of the case, either the government or the immigrant may challenge the judge's decision in the following ways:

Appeal:  Either the immigrant or the government can file an appeal with the Board of Immigration Appeals (BIA). This appeal must be filed within 30 days of the judge's decision. If the BIA agrees to review the matter, it will most likely render a decision within 180 days.

Motion to Reopen: This type of motion is made when a party seeks to present new facts that were not available at the time of the hearing. This motion must be filed with the court within 90 days of the judge's decision.

Can an Attorney Help?

A competent attorney will help you understand both your charges and your options. The immigration attorneys at Green | Evans-Schroeder are conveniently located in Tucson, Arizona and are ready to assist you with any immigration charges you might be facing.