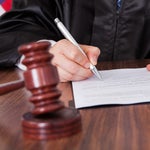 New Concerns for Individuals Whose Deportation Cases Were Administratively Closed

On May 17, 2018, in a move that will affect the deportation cases of hundreds of thousands of immigrants, Attorney General Jeff Sessions essentially ordered a full stop to the practice of administrative closure. This new pronouncement comes after Sessions referred the case of Matter of Castro-Tum to himself last January. The main issue in the case addressed whether immigration judges have the authority to employ a tool that has been historically recognized as a legitimate practice of managing an immigration court's docket. As one article accurately explained, "Sessions' ruling doesn't just prevent judges from closing cases in the future. He also opened the door to reopening the cases of the 350,000 immigrants whose cases had already been closed — many of whom had been assured by the Obama administration they wouldn't be deported. The attorneys at the Law Offices of Matthew H . Green will continue to defend our clients whose cases have had their cases administratively closed. Any legally illegitimate attempts by ICE to recalendar those cases will be met with aggressive advocacy, challenging the constitutional authority of the Department of Homeland Security, and the Attorney General, to circumvent the legitimate power of immigration judges to close--and keep closed--the deportation cases of immigrants who, in the final analysis, are not properly considered deportation priorities.