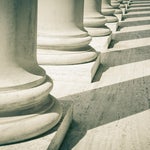 On June 21, 2018, the U.S. Supreme Court issued one of the most significant immigration opinions in decades. In Pereira v. Sessions, the Supreme Court addressed the legal sufficiency of a Notice to Appear (NTA). Mr. Pereira argued, and the Supreme Court ultimately agreed, that the plain language of that statute unambiguously defines an NTA as specifying where and when the noncitizen must appear for removal proceedings. The Court concluded that NTAs that do not contain at least this basic information do not meet the definition of an NTA under 8 U.S.C. § 1229(a)(1) for purposes of the stop-time rule and remanded Mr. Pereira’s case for further proceedings. Because non-LPR cancellation of removal is one of the most common forms of waivers filed by non-citizens in immigration court, Pereira is very important. Or, more to the point, it is probably the most common waiver that many people in immigration court in the past two decades would have been eligible for if they had been able to establish ten years of continuous physical presence. The Pereira case also supports arguments for challenging the immigration courts' jurisdiction over cases that were initiated by defective NTAs that lack the required information of time and place of the court hearing.